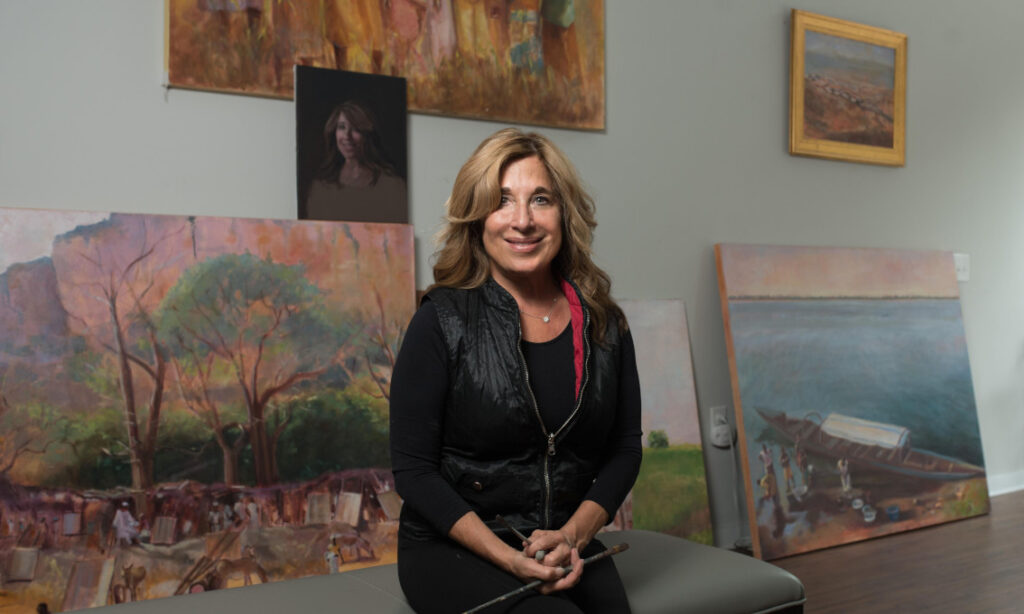 Victoria Carlin Milstein’s passion for the arts spans three decades. Originally from New York, she has lived and traveled around the world, and now resides in Greensboro. Milstein studied at the School of Visual Arts in New York City and the Bezalel Academy of Art in Jerusalem. Victoria’s portraits hang in private and public collections globally including the Jewish Theological Seminary, Supreme Court of North Carolina, and Bezeal Artist House. Her works have been featured in important international exhibitions including the Hecksher Museum of Fine Art, Greensboro Historical Museum, African American Atelier, University of North Carolina Greensboro’s Archival Library, GreenHill Gallery, and Menachem Begin Heritage Center Museum in Jerusalem.

As a professional portrait artist, Milstein has been commissioned to paint locally and internationally for both private and public figures. Recent commissions include former North Carolina Supreme Court Chief Justice Henry Frye and the late U.S. Rep. Howard Coble of Greensboro.

In the interview, Milstein discusses her global education, the allure of making portraits, and working on a monument dedicated to remembering those lost in the Holocaust.