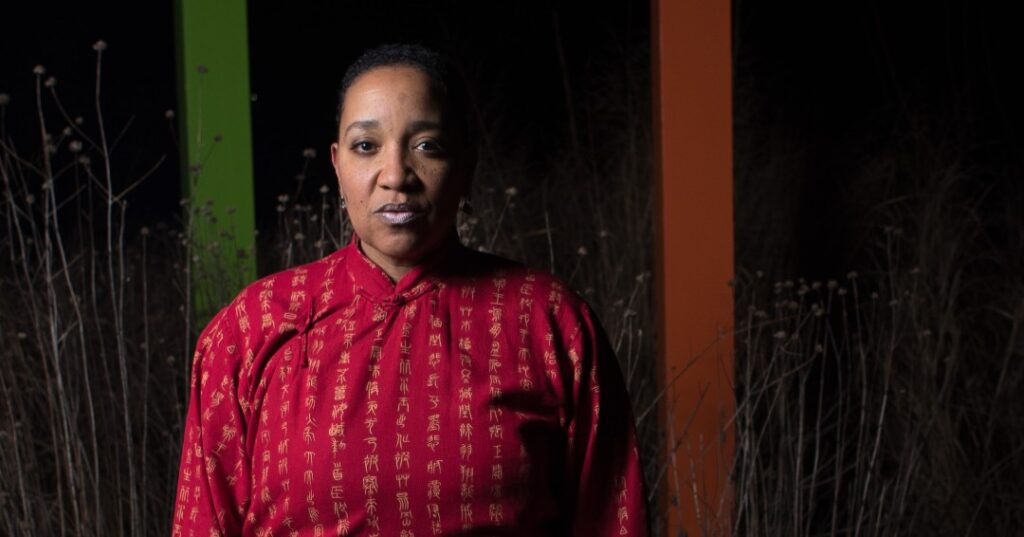 Kerri Mubaarak chose theater as a medium to express what she sees and senses interacting with “people in the periphery,” a term she uses to describe those who are often marginalized by race, gender, religion, or cultural norms. “The gift of this medium,” she says “is that the raw emotion of human experience can be shared openly and in the safety of an audience.” She considers the craft a practice of both art and healing that predates modern theater.

Mubaarak has a balance of skills earned during her tenure as director of Caldcleugh Arts Center and as the operations manager for Elsewhere, a living museum and residency for visual artists.

In 2015, she established Scrapmettle Entertainment Group – a theater development company – from an idea born from the desires of a community whose lives were positively influenced by the subtle healing effects of participating in live theater. Her team of emerging artists, directors, and writers now use this platform to create new work, hone their craft or learn another aspects of the industry.

Mubaarak has written and produced a number of devised performances with her theater community in Greensboro. She is an advocate for the arts, artists and the advancement of expressive art therapies.

In the interview, Mubaarak discusses the difference between writing plays and performances, balancing the needs for time and money, and why the purpose of art is to document.

Heart of the Woods