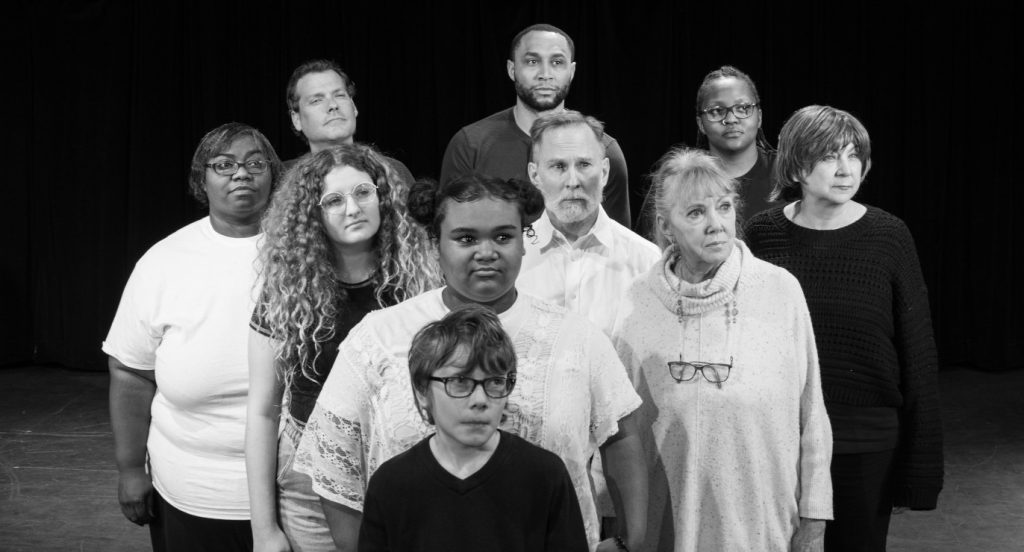 Creative Greensboro, in partnership with the theater arts collective Scrapmettle, presents the New Play Project winner “Nice White Parents 2016,” written by Tamara Kissane and directed by Todd Fisher at 7:30 pm, January 19-21, and 2 pm, January 22, at the Stephen D. Hyers Theatre in the Greensboro Cultural Center, 200 N. Davie St. The January 20 performance will feature a post-performance talk back with the playwright. Entry is free with a suggested donation of $10.

About the Play
“Nice White Parents 2016” takes place in a liberal, middle-class suburb of a southern town. A second-grade class initiates a racially divisive protest march around the elementary school. Inspired by real events, “Nice White Parents 2016” is a time capsule and a cautionary tale that pokes at impact versus intention and considers what we lose and who we hurt when white parents hide behind the easy identity of “nice.”

About the Playwright
Kissane is a playwright, parent, and podcaster based in Durham. She was the 2020 Piedmont Laureate and received an Outstanding Contribution to the Arts honor from Chatham Life and Style. Her plays and monologues have been presented by PlayMakers Repertory, University Theater at NC State University, Little Green Pig Theatrical Concern, Burning Coal Theatre, Seed Art Share, and Mad Cow Theatre. Through her podcast and production studio, Artist Soapbox, Kissane has produced, written, and directed a variety of audio dramas. Kissane is a co-founder and playwright for the young adult company Curious Theatre Collective.

About Scrapmettle
Scrapmettle Entertainment is a Greensboro-based network of writers, directors and performing artists who honor theater tradition and create new performances. The company’s work seeks to reveal what’s beneath the surface of the human experience and use it as a learning tool through realistic scenes on stage.

Save the Date for May 6th! ARTS UNBOUND FESTIVAL